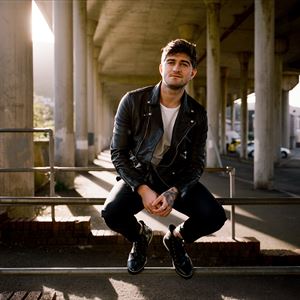 21 year old singer-songwriter Adam Hender has arrived, brandishing a slew of infectious, honest and heartfelt anthems, a burgeoning fanbase and an infectious enthusiasm for the world around him.

Adam was born and raised in North Wales, absorbing the sounds of Motown coming from the family stereo. From the age of 14, he built his songcraft in pubs and open mic nights, gradually building a range of honest and emotive songs. As he puts it, “Llandudno is a beautiful place with a lot of lovely people; an easy environment to build my confidence in performing.”

Those songs, inspired by the fragility of relationships and friendships formed from a childhood in North Wales to adventures across North America, combine a sensitivity with a maturity that belies his young age, drawing on influences from John Mayer to Dean Lewis.

His first two tracks, the sublime, falsetto-laden ‘Don’t Wake Me Up’, and infectious lament ‘One Chance’, helped Adam break into the iTunes top 100, and provided a tongue-in-cheek video which saw Adam under pressure to perform at a cabaret night alongside a familiar face to Britain’s Got Talent viewers.

‘Burn’, Adam’s stirring dissection of a toxic relationship, has since taken him to anthemic new heights, hitting 100,000 Spotify streams in a matter of weeks, amassing him a growing army of fans and setting the scene for his debut album, due later this year.

Further evidence of the power and scale of his songwriting and performance can be found in footage of his recent hometown show at Conwy’s Gwynfryn Chapel, which was converted into a gig venue for the first time and played host to a packed crowd that included Love Island’s Callum Macloed, Welsh rugby legend Rupert Moon and footballer Clayton Blackmore.

“Certain people will relate to certain song,” says Adam. “You may not catch everyone’s breath with one song, but hopefully you can do that for a select few with each song, or a select million if it goes well! To take someone’s breath away with something I’ve written is a goal.”

2020 marks the arrival of a uniquely talented artist, armed with songs equally able to warm hearts and chill the blood, love songs to silence a room and anthems that cause crowds to erupt, music able to transform and transport. Who knows where Adam might take us this year?