Electronica In The Bush 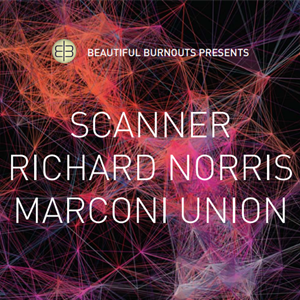 All Electronica In The Bush performances

This show will have limited unreserved seating (at front of house)

Mass Observation is a live audio-visual performance that uses technology to explore the pitfalls of social media, and the mass observation of society as viewed through the all-seeing-eyes of CCTV. Accompanied by a film that features surveillance footage and images taken from hidden cameras the performance uses live radio signals, dehumanised communications, abstract textures, mixed into a contextual electronic score.

Unseen radio frequencies hang in the air. Domineering pylons stand like leviathans, occupying the fields. What we already feared to be true is now true.

"A masterful performance that reflects upon our times. Unsettling, questioning, Scanner presents our world back to us, mirroring our interaction with others, frequently banal and unforgiving." -
Libération Paris 2019

For Electronica In The Bush Richard will premier sequencer/electronic/soundtrack album 'Elements' (Group Mind) with visuals from Blue Carbon.

Marconi Union have released 10 critically acclaimed albums and worked with many other artists including Jah Wobble, Max Richter, Biosphere, Steve Jansen and Marina Ambramovich Institute. As writers of what is claimed by academics and others to be 'the most relaxing track in the world'  Marconi Union have amassed tens of millions of downloads and streams. They regularly top the US Billboard New Age chart and frequently appear in the US Billboard Electronic chart.

Each audio transmission is accompanied by a filmscape imaged by DOTCA, a flag of convenience for a Manchester based Art Collective.